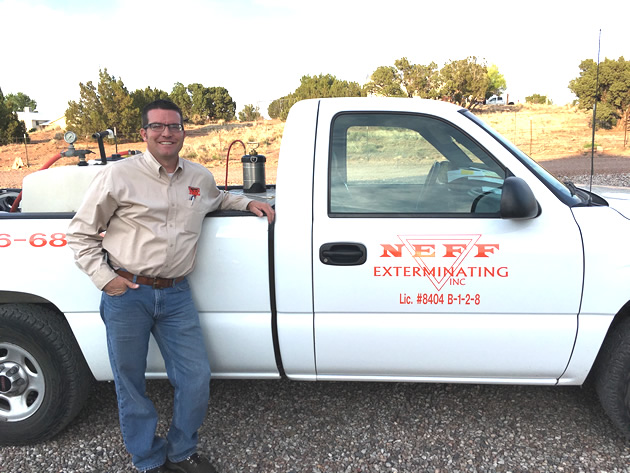 We at Neff Exterminating are committed to being the most skilled and talented Pest & Rodent Control, Termite Control & Weed Control techs.

We ensure that our technicians are the most well trained, have the most directed experience are highly motivated to do the best job possible for you.

We price ourselves on being one of the most trusted Pest Control companies here in Arizona’s White Mountains.

For those who have discovered the magic of round valley Arizona and especially its resident town Eager, they are in the know that it is one of the single best places in the entire state to both visit, to vacation in and to live.

Although its population is not the highest and its commerce may not be largest, it does have a cooler summer and a more tempered winter with its high elevation and protective hills and mountains that officially make it a valley.

A well kept secret it is also the gateway to the vast and secluded blue wilderness which is a huge attraction to hunters each year nationwide and which is also an incredible place to go backpacking. It doesn’t matter if you’re a scientist or traveler, a hiker or hunter, Eager is a pristine and robust place for anyone to live and to settle down or even to build or buy a cabin and to escape the heat of the rest of the state of Arizona for the cool nights and crisp days.

One of the ironies of living in a place like Eager is that with all its incredible qualities, people, and access to nature, it is not immune from the pests like Ants, Termites, Cockroaches, Wasps, Bees, Ticks, Bed Bugs, Centipedes, Scorpions, and Spiders. Not to mention the occasional mouse, rat, skunk or bat. If you do end up with a problem you know that Neff Exterminating can handle it.